How an investor could not get St Lucia citizenship

My girlfriend and I were promised we would get second passports by investment. But I was confused that the company offered to bypass one of the citizenship program conditions. They said if I paid an additional $5,000, we could get citizenship without being married.

I decided to contact Immigrant Invest to check the contract terms and was shocked. I could have lost thousands of dollars.

Alexander, 38 years of age
A top manager in an IT‑company
The client's name and photo have been changed

Alexander and Malica travelled about twenty times a year. The investor wanted visa processing to take less time, so he decided to get second passports for himself and Malica. There was a caveat: the couple had lived together for several years, but their marriage was not officially registered.

Taking Alexander and Malica’s case as an example, we will discuss:

Why Alexander needed a second passport

Alexander held citizenship of Austria, while his girlfriend Malica was a citizen of Morocco. The couple lived in Austria, and Malica had an Austrian residence permit.

On an Austrian passport, Alexander could enter 188 countries without visas, including the Schengen Area, the UK and Japan. To travel to the USA, Canada and Australia, Alexander got an online ETA, or an electronic travel authorisation. As a Moroccan passport holder, Malica had to obtain visas to visit these countries.

Alexander wanted to get a second passport for Malica, which would allow her to travel freely with him. Thus, Alexander turned to a firm that claimed it was an agent of citizenship by investment programs.

Looking ahead, we say that Alexander had to refuse the services of that company and turn to Immigrant Invest. Let us see why.

What the fraudsters offered Alexander

The company that Alexander initially turned to offered him to take part in the St Lucia citizenship program and include Malica in the application. They said if the couple would pay $5,000 more, they could participate without being officially married.

To check whether the contract and promises were legally feasible, Alexander turned to Immigrant Invest for consultation. Our lawyers analysed the contract, found out it did not comply with both Austrian and St Lucian citizenship legislation and concluded the contract was impossible to fulfil.

What errors did Immigrant Invest lawyers find in the contract?

Alexander contacted Immigrant Invest on September 22nd, 2021 and found out that the contract could not be fulfilled due to two reasons:

Alexander realised he could lose time and money. If he accepted that offer, he would give money to fraudsters. He would also pay the fees under the citizenship program, but citizenship for Malica would get rejected, and he would risk losing citizenship of Austria.

Alexander decided to continue cooperation with Immigrant Invest, a licensed agent of the St Lucia CBI program. Our lawyers suggested another way out.

Alexander became Malica’s sponsor. She applied for citizenship as an investor and obtained a second passport which gave her the freedom of movement. The company Alexander initially turned to did not offer him the sponsorship option available for all citizenship programs.

Unfortunately, many companies on the investment migration market lack high-quality legal expertise and are unfamiliar with the provisions of international citizenship law. These companies also do not have government licences to work with citizenship by investment programs.

The main thing for such companies is to get a commission. They do not provide a personal approach and prepare a standard package of documents without taking into account the investor’s story. As a result, the government does not approve the application, and the investor wastes money and several months of his time in vain. Before signing an agreement with a client and collecting documents for participation in the citizenship program, Immigrant Invest lawyers check the investor for reliability. If the investor has a sponsor, the reliability of both is checked.

Preliminary Due Diligence is the standard first step for participation in citizenship programs. The check is carried out by our certified Compliance Anti Money Laundering Officer. We study the situation of each investor and thus reduce the risk of failure.

The check showed that Alexander and Malica could participate in any citizenship program for investors. Alexander earns his income as a top manager in an IT company, pays taxes on time, and has no criminal record and visa denials. Malica was financially dependent on Alexander.

Which citizenship program was chosen by Alexander

Three citizenship programs of Caribbean countries suited Alexander’s goals and budget. The term for obtaining citizenship is 2 to 6 months.

Passports of these states allow travelling without visas to more than 140 countries, including the European Union and the Schengen Area. A 10-year US visa can be obtained within three weeks. To compare, Malica can visit only 64 countries visa-free on a Moroccan passport, and most of them are African.

After contacting the first company, Alexander reviewed information about St Lucia. The program of this country suited him, so he decided not to change his mind.

Marigot Bay is famous not only for its beautiful beaches. In the past, it was the site of many battles between the French and British navies. And in 1967, the bay was used as the setting for the film adaptation of Hugh Lofting’s Doctor Dolittle books

In St Lucian Botanical Garden, there is a waterfall called Diamond. Its waters are laced with minerals as its stream emanates from rainwater mixed with volcanism, giving the falls a colourful appearance that changes so often

The island of St Lucia is of volcanic origin. The island’s most famous landmark is two mountainous volcanic plugs called the Pitons. Both mountains are an attraction for hikers

How Alexander got St Lucia citizenship for Malica: a step-by-step procedure

1. Collecting documents and applying. Immigrant Invest lawyers prepared a package of required documents for Alexander and Malica within three weeks:

The lawyers handed the documents to the St Lucia CBI Unit. At this stage, Alexander paid a state fee of $2,000. The investor also paid for Due Diligence: $7,500 for Malica as the main applicant and another $7,500 for himself as a sponsor.

Not only the main applicant but the sponsor are subject to the Due Diligence check. This way, the CBI Unit checks the legality of the sponsor’s investments for the applicant.

2. Getting approval. The lawyers got an email that stated Alexander got approval for participation in the citizenship program and forwarded the letter to Alexander. When investors get approval, they can and should transfer the money for investment.

3. Investing. Alexander transferred $101,050 from his account in the Austrian bank to Malica’s account opened for her in the same bank. Malica transferred the money to the CBI Unit account.

4. Receiving the passport.  When the bank confirmed the investment, the St Lucia CBI Unit issued Malica a passport and a naturalisation certificate. On March 21st, 2022, Malica received the documents at a convenient address.

$118,050 — Alexander’s expenses as a sponsor for participation in the St Lucia program for one person

Alexander и Malica continues to live and work in Austria. In summer, they are planning a big trip.

We want to visit at least three countries in the summer. I think we’ll manage to do it because now we don’t need to waste time on getting visas.

Alexander
A top manager in an IT-company

At first, the couple wants to visit Taiwan. Alexander and Malica are eager to get acquainted with the island’s nature, which is very different from European. In Taiwan, there is a huge number of rivers, fields of rice, sweet potatoes, sugarcane and pineapples and rare plants that you will not find anywhere else.

Singapore is the second destination of Alexander and Malica’s journey. Here, they are going to ride on Asia’s largest observation wheel, the Singapore Flyer, which offers excellent views of the city and even of distant Malaysian and Indonesian Islands.

Finally, the couple will fly to Barbados, where Malica will apply for a US visa as a St Lucian citizen. 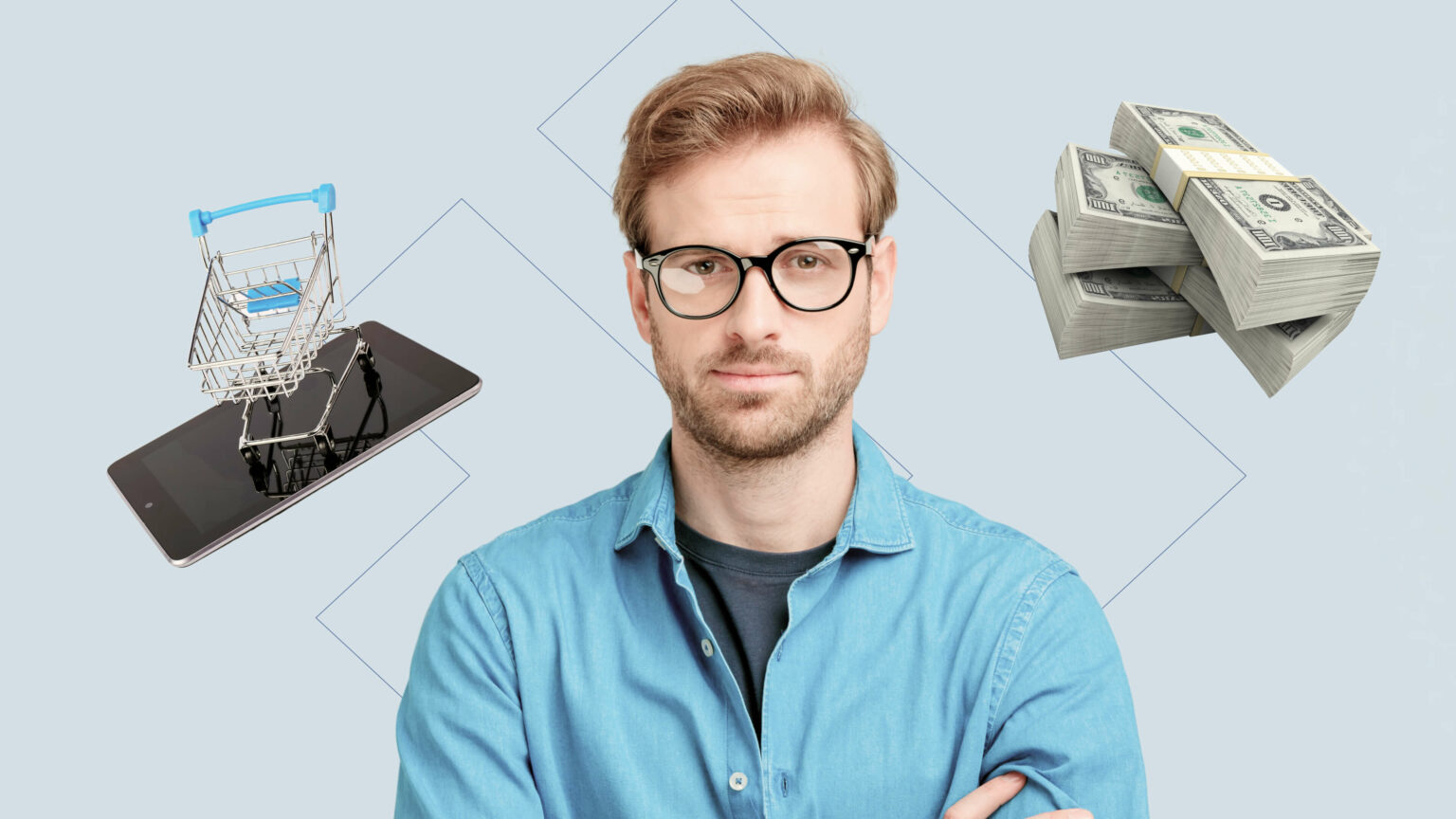