How to travel around Europe on a yacht without visas

Coronavirus turned our lives upside down: my wife and I could not travel anywhere because of the closed borders for two years. And for me sailing is everything. I even met my wife at the regatta. All our friends from Europe are present at the opening of the yachting season in spring. I can’t stand another summer without a regatta.

Amir and Zaina
shareholder and yachtsman, 47 years old, and his wife, 40 years old
The names and photos of the clients have been changed

Our clients, Amir and Zaina, have been sailing yachts for 10 years. Before the pandemic, the couple used to regularly take part in the Copa del Rey sailing regatta, which is held in Spain. In order to travel in the region on a yacht, they received a Schengen visa.

In 2019 and 2020, they missed the regatta as Schengen visas were not being issued at the time due to the COVID-19 pandemic. Although visas are now being issued, there is considerable uncertainty regarding the continued issuance of Schengen visas, which is dictated by the extent to which the pandemic is under control.

The couple wanted to find a way that gave them greater confidence that they would be allowed to sail their yacht on the Mediterranean Sea, and that they would have ample time to prepare for the Spanish regatta and take part in it.

Vanuatu citizens can stay without a visa in the Schengen states for up to 90 days in any 180-day period. In this article we describe how the Vanuatu passport helped Amir and Zaina to freely cross European borders without visas, how to get a second passport and how long the process takes.

Why our clients need a second passport

The couple like to prepare for each competition that they enter and select their own route to sail to the Mediterranean on their yacht. They usually sail from the port of Marmaris in Turkey to Palma in Spain to take part in the Spanish Copa del Rey regatta. The competition starts from the Bay of Palma on the island of Mallorca on 1 August.

In 2019 and 2020, due to the COVID-19 pandemic and the consequent severe travel restrictions, Amir and Zaina were not able to travel to the competition. In fact the couple have not been able to sail their yacht at all for the past two years due to the closed borders.

From the article on Caribbean citizenship by investment, the couple learned that getting a second passport of certain countries would allow them to travel to the Schengen states without visas.

On May 2, 2021, they turned to Immigrant Invest, a licensed agent for citizenship investment programs, for advice. They wanted to be able to travel visa-free to the Schengen area for the competition in August.

Choosing a citizenship by investment program

The first stage: preliminary Due Diligence of the investor

The lawyers at Immigrant Invest initially assessed the risks of refusal of Amir's application for participation in the citizenship by investment programs. The risks turned out to be minimal: the couple have no previous convictions or instances of their visa applications being refused and their source of income in the form of dividends can be easily proven to be legal. The company in which Amir is a shareholder is engaged in the supply and sale of sports nutrition in Lebanon. This meant that the couple could select any government-sponsored citizenship by investment program that they liked.

Immigrant Invest has its own compliance department. Its certified anti-money laundering compliance officer studies the situation of each of our clients and warns them of the possible risks of their application being rejected. In this way we reduce the risk of rejection to almost zero before submitting the application on behalf of our client.

Second stage: requirements for a second passport and citizenship program

Amir and Zaina applied to Immigrant Invest on May 2, 2021, and they told us that they planned to sail their yacht in the Mediterranean in July. It took us two months to get their second passports. Visa-free travel to all European countries along the Mediterranean coast was an equally important criterion for the couple when they chose the program that suited them. Their budget was $200,000.

Investor's requirements for the second passport:

Their budget of $200,000 meant that the couple could select any of the following six citizenship by investment programs: five programs in the Caribbean and Vanuatu’s program. Each of these programs allows the applicant to make a contribution of $100,000 to $150,000 to the state fund in return for a second passport. The following six programs were within our clients’ budget, including additional fees and duties payable.

In the end, our clients chose to apply for a second passport through the Vanuatu program as it is the fastest citizenship program in the world and we were confident that the passport would be ready in less than two months.

The main attractions of Vanuatu are natural objects such as mountains, volcanoes, beaches, caves and waterfalls. Some tourists come here to see rare species of birds and plants

The average annual temperature in Vanuatu is around +27°C. The best time to travel to Vanuatu is July, August or September. At this time, the islands are sunny during the day, but not too hot, and cool at night

Investors get Vanuatu passports to travel visa-free to 98 countries, including the United Kingdom, Hong Kong and Singapore. A Vanuatu passport holder can spend 180 days a year in the UK and get long-term visas to the United States, Australia and Canada

Vanuatu citizens can also travel to the UK, Hong Kong and Singapore. In total, they can visit 133 countries visa-free. In addition, a Vanuatu passport holder can easily apply for a 10-year US visa and an electronic visa to Australia.

The cost of a Vanuatu passport. Immigrant Invest’s lawyers have calculated the cost of participation in the Vanuatu citizenship by investment program for Amir and Zaina.

Calculating the cost of participation in the Vanuatu citizenship by investment program for a married couple: $158,714

$150,000
Non-refundable contribution to the National Development Fund
$5,000
Due Diligence fee
$3,500
Passport delivery fee
$172
Fee for the production of a certificate of naturalization
$42
Fee for filing documents

Remote processing and no bureaucracy. All the steps under the Vanuatu program can be carried out remotely: the presence of the investor and his family members is not required at any stage. The oath can also be taken remotely at the local consulate.

Procedure for obtaining a Vanuatu passport

Immigrant Invest’s lawyers prepared and submitted a package of documents to the Vanuatu citizenship department:

Under the terms of the program, the citizenship department starts to consider the citizenship by investment application after payment of the Due Diligence fee and transfer of 25% of the contribution due to the National Development Fund. Amir made these payments at the same time as the documents were submitted.

Taking the oath of allegiance before the Honorary Consul of Vanuatu in Vienna was the last step in the procedure. Two weeks later, Amir and Zaina received their second passports and naturalization certificates by courier at the address selected by them.

Amir and Zaina received their passports on June 17, a month-and-a-half after their initial meeting with Immigrant Invest.

On July 12, 2021, Amir called Immigrant Invest from Valletta, half-way along their route on their yacht, and told us how happy he and Zaina were in being able to sail in the Mediterranean with their Vanuatu passports.

With a Vanuatu passport, yachtsmen receive permission to moor their yacht in the marina. They then get off the yacht and walk across to the border control point, which is located in the same marina. Their passport is stamped, and they are then free to visit the city. Requirements for staying in the country are standard.

After entering the marina, we immediately walked over to the border check post. The customs officers stamped our passports without any questions, and 10 minutes later my wife and I were in the city. I didn’t think it would be so easy. It was the same in all the ports that we entered. A feeling of complete freedom! 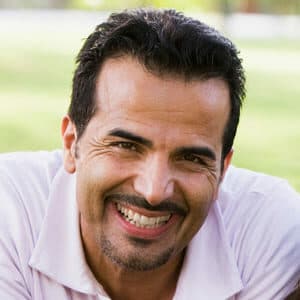 The couple reached France on July 19. They docked at Marina Cogolin (Les Marines de Cogolin) in France. The port is located deep in the Gulf of St Tropez. It is considered the “city of yachts”: the marina has 1,600 berths for vessels up to 40 meters in length.

On July 25, the couple arrived at the Royal Nautical Club of Palma (RCNP) in Spain: the starting point of the regatta. From 1 to 7 August, they competed with the King of Spain and the best sailing professionals in Europe.

We told about all the opportunities that open up for the investor in the guide to the Caribbean and Vanuatu Citizenship by Investment programs.

Read Also
Vanuatu Citizenship: How Political Refugees Get Freedom to Travel around the World and Start Their Own Business
Case Studies
Moving to Europe in two months with Vanuatu citizenship
Case Studies
How the Vanuatu passport helps get a US visa in the shortest time possible
Case Studies
} ?>
Follow Us
on Social