Permanent Residence in Malta for Entrepreneurs: Proven Ownership of Assets of €500,000 Required

Matvey and Oksana are owners of IT companies. They used to travel to Europe often for conferences and for their summer vacations. In 2020, their customary way of life was disrupted by the Covid-19 pandemic as the EU closed its borders to foreigners for an indefinite period.

The couple spent part of this period without traveling in order to get Matese permanent residence so that they would never again have to depend on visas to travel to the Schengen countries. 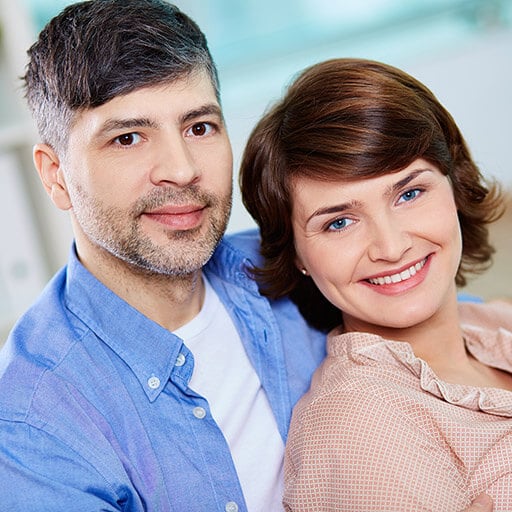 Matvey and Oksana,
entrepreneurs from Rostov-on-Don, owners of two IT companies

How does the couple benefit from an EU residence permit

Matvey and Oksana are entrepreneurs from Rostov-on-Don, with each owning an IT company. Matvey's company acquires patents for the use of information technology and Oksana's company develops software based on the patents acquired.

Before the Covid-19 pandemic, the couple often traveled to the EU six times a year: they participated in international IT forums and business conferences, and in the summer they vacationed in European resorts.

In 2020, it became impossible to obtain or even use a Schengen visa as the issuance of visas was suspended due to the pandemic and borders were closed to non-residents. Even though the couple had valid Schengen visas, they were still not allowed to travel to Europe. Only those Schengen visa holders who had a valid reason to travel there, such as medical treatment or employment abroad, were allowed to enter.

As a result, Matvey and Oksana started looking for a way to travel to the European Union and the Schengen zone without restrictions even during the pandemic. They then found out that some European countries issue residence permits in returnfor investment.

Our business almost completely went online in 2020. But the coolest events still take place offline. Meeting our partners and clients, and conducting negotiations – all this is done personally.

We need to be able to fly to Europe for meetings at any time. And since we could not travel anyway, we decided to spend this time in a useful way. Now, by the time the borders open, we will already have an EU residence permit and we will finally be able to forget about visas. 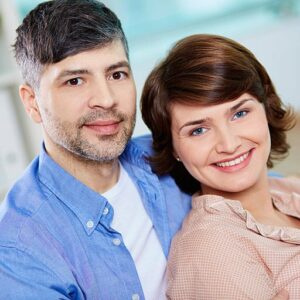 Which programs were suitable for Matvey and Oksana

The couple contacted Immigrant Invest for advice on August 26, 2020. They wanted to get a residence permit in the European Union, but did not know which country would best suit their needs. 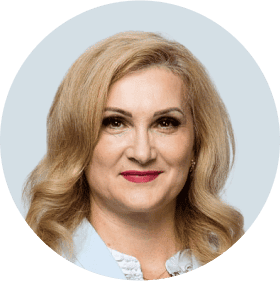 Olga Stroeva
— Discussed the programs’ requirements and the applicants’ goals;
— Talked about the possibilities and distinctions between different programs;
— Explained the nuances of a residence permit in different countries.

Residence permit and permanent residence by investment in the EU

Why did the couple select permanent residence in Malta

1. Do you need to live in the country? A Maltese residence permit holder does not have to live in Malta but they cannot spend more than 183 days a year in any other jurisdiction and they must become tax resident in Malta. The rest of the programs do not have this requirement.

Matvey and Oksana were not planning to move to Malta in the near future. They wanted to be able to choose where to live and do business.

2. Validity period of the residence permit. Malta, Portugal, Greece and Spain issue temporary residence permits for one or two years, which have to be renewed regularly.

However, a permanent residence permit has no time limit. It is valid for the holder’s lifetime and is based on a certificate of naturalization.

Permanent residence in the European Union is confirmed by an ID card. As long as the holder complies with the stipulated conditions, the ID card is reissued every five years. There is no need to reapply for permanent residence.

3. 26 countries in the region can be visited without a visa. Cyprus is part of the European Union, but not part of the Schengen area. Holders of Cypriot permanent residence cards can travel without a visa only to those EU countries that have not signed the Schengen Agreement: Bulgaria, Ireland, Croatia and Romania. In order to travel, for example, to Germany or France, Cypriot residents must apply for a Schengen visa. Therefore, permanent residence in Cyprus is more suitable for investors who want to move to live there.

Furthermore, applicants do not need to live in the country either before or after receiving Maltese permanent residence. Please note that the Maltese ID card can only be used as a travel document for trips in the region.

In August 2020, Matvey and Oksana signed an agreement with Immigrant Invest to take part in the Malta Residence & Visa Program.

The lawyers from two offices of Immigrant Invest, in Moscow and Malta, prepared the documents required for the application on behalf of the couple within two weeks. They also arranged for the couple to meet the Maltese notary to sign and certify the documents.

The lawyers from two offices of Immigrant Invest, in Moscow and Malta, prepared the documents required for the application on behalf of the couple within two weeks. They also arranged for the couple to meet the Maltese notary to sign and certify the documents.

The permanent residence program does not require applicants to move to Malta, although they do have the option to live there. In order to move to Malta, the applicant must be able to prove that they have sufficient funds to live in the country. Therefore, in order to participate in the program, applicants must prove their financial self-sufficiency.

Sufficient level of income or assets

This is the minimum level of income or assets of the main applicant. Income earned by the other applicants and the assets owned by them are excluded.

Matvey's annual income was €115,000, but was unstable, while Oksana earned €85,000 a year. Therefore, they were not eligible to participate in the program based on their income. As a result, the Oksana or Matvey had to prove individual ownership of assets worth €500,000.

They provided a bank statement from their joint bank account, showing savings of €170,000, and the legality of their savings was also confirmed by other statements issued by the bank.

The value of their respective companies was estimated. As Matvey's company dealt with patents, its value could only be estimated by investment analysts. The Maltese residence program does not allow such estimates to be included in the application as an asset of the applicant.

The asset value of Oksana’s company, which provides software development services, was estimated independently. The estimation was based on her company’s relevant documents for the previous five years:

Oksana's business was valued at $450,000 or €369,000. Together with the balance in the bank account, this was sufficient to allow Oksana to participate in the Maltese permanent residence program as the main applicant, with Matvey included as the main applicant’s spouse.

As of March 29, 2021, only applicants with proven assets of €500,000 are eligible to participate in the Malta permanent residence program, income is no longer taken into consideration. Moreover €150,000 of the assets must be financial assets, for example, savings in the main applicant’s bank account. 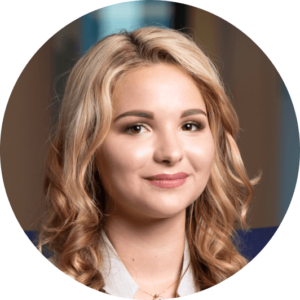 Due Diligence and submission of biometric information in Malta

When the documents were ready, Oksana paid for the Due Diligence check to be conducted by the relevant Maltese government department. Our lawyers submitted the application, together with a receipt of payment, to the department on September 10, 2020.

The Due Diligence lasted six-and-a-half months. On March 24, 2021, Immigrant Invest’s lawyers received notification that the department had approved the couple’s application.

6.5 months
took the Due Diligence by the Maltese government

In March 2021, the couple flew on their Schengen visa to Malta at the invitation of Malta’s government department responsible for the permanent residence program.

The couple had to fulfill three investment conditions:

Purchasing government bonds is no longer mandatory. On March 29, 2021, the Government of Malta changed the terms of the permanent residence program. Investors were given the choice to continue participating in the program according to the old rules or participate without buying government bonds, but making a contribution to the government and a charitable donation instead.

When the changes took effect, Oksana and Matvey had not yet bought government bonds. They took advantage of the government’s offer and reduced their immediate costs by not buying government bonds. As a result their costs more than halved to €112,000 instead of €290,000.

The annual rental cost of real estate in Malta is approximately 1/30th of the cost of buying a property under the program. Although applicants are required to rent a property for at least five years, on fulfillment of the investment condition, they can simply conclude a long-term rental agreement and pay rent just several months in advance.

Immigrant Invest’s real estate experts selected apartments in different Maltese cities for the couple. As the couple could not come to Malta to view the properties, our lawyers showed them the properties online.

Oksana and Matvey chose an apartment in Aura, one of the largest resorts in the country, located in the north of Malta. They signed a rental agreement remotely and paid for the apartment for six months.

Payment of fees and final approval from the program department. Oksana paid the remaining fees and contributions as required. The couple received final approval of their application at the end of April 2021.

The couple travelled to Malta in July 2021. They rented a property in the resort town of Aura to spend their holidays on the Maltese coast in the Mediterranean. As permanent residents, they can travel to Malta even in periods when Malta closes its border to tourists due to the Covid-19 pandemic.

Matvey has booked tickets for an information technology conference to be held in Copenhagen in September. Although the couple’s Schengen visa will have expired by that time, they will be able to travel to the event using their Maltese permanent residence cards.

They are also exploring the possibility of relocating their business or opening a branch in Malta in the next two to three years. If they enjoy spending time on the island, Oksana and Matvey will emigrate to Malta.

If they live in the country for five years, they will be able to apply for citizenship. A Maltese passport will give them the freedom to live and do business in any EU country without any restrictions. As Maltese citizens, they will be able to travel without visas to 186 countries around the world, including the Schengen area, the UK, Singapore, Australia and the United States.

We described all the opportunities and benefits that a Maltese residence permit offers in our article “Benefits of permanent residence in Malta”.

Read Also
Permanent residence in Malta: common-law marriage
Case Studies
How to get Malta citizenship and confirm the legality of a large business
Case Studies
Extending a Malta residence permit a year after getting it
Case Studies
Follow Us
on Social