During the pandemic, I’ve realised that I no longer want to depend on visa regimes. The necessity to obtain visas for my often business trips is a waste of time. Moreover, in the future I expect my children to study abroad, so I want to have an opportunity to visit them anytime like no borders exist.

Kiran decided to obtain citizenship of a Caribbean country so that his family could come to Europe without visas and his children could study in European schools and universities. But there was a problem in the investor’s biography. In 2013, he was sued by a competitor. Kiran was acquitted, but the very fact of the charge is a sufficient reason for the Caribbean country to refuse him citizenship.

In the article, we explore how Immigrant Invest lawyers found a solution and made Kiran and his family eligible to apply for second citizenship of Antigua and Barbuda.

Why Kiran and his family needed a Caribbean passport

Business trips and vacations abroad without visas and restrictions. Kiran sells plumbing fixtures from Germany, Poland and Italy. Once every three months, he traveled to Europe for supplier meetings and manufacturing exhibitions.

Kiran has a large family of a wife and three children. On vacation, the children went to summer schools in Europe and Great Britain, and then on vacation with their parents. Most often, the family spent their holidays in the Mediterranean Sea.

The family received Schengen visas to travel to Europe. In 2020, due to the pandemic, entry into the EU countries was only allowed for a valid reason like resolving urgent business issues.

Kiran had a valid Schengen visa, so he managed to go to Germany twice to meet with partners. But his visa expired in November 2020. It turned out to be impossible to extend the visa or get a new one: the consulates of the EU countries have suspended the issuance of visas for short-term trips. Therefore the family had to cancel plans for overseas vacations.

European education for children. Kiran and his wife wanted their children to be educated in the European Union or Great Britain. A European-style diploma will allow you to find a job abroad and move to live in a developed country e.g, the United States.

The spouses wanted to be able to visit their children often if they decide to study in schools and universities abroad. To do this, they would also have to obtain visas.

Kiran realized that he no longer wanted to depend on visa regimes. From an article by Immigrant Invest, he learned that Caribbean citizenship allows you to travel the world without visas, even in a pandemic.

Previously, everyone horned about globalization stating that soon there would be no borders between countries. Then the pandemic happened: every country closed, a visa could not be obtained and how long this will last is unknown.

Business must be kept afloat and the children must be educated. So I decided on second citizenship: I got tired of dealing with the circumstances.

On the 25th of January, 2021, Kiran applied to Immigrant Invest to choose a Caribbean citizenship by investment program.

Five Caribbean countries offer citizenship in exchange for investment. Citizens of these states travel without visas to the Schengen zone and stay in the region for up to 90 days in half a year.

Caribbean countries with citizenship programs are also members of the Commonwealth of Nations. Therefore, a Caribbean passport by investment qualifies for visa-free travel to the UK. It is allowed to stay in the country for up to 180 days a year.

Why did the investor choose the Antigua and Barbuda program

Kiran planned to obtain a second citizenship by investment together with family. He wanted to include in the application:

Cost of participation. Caribbean programs offer several investment options, but the most popular are the non-refundable contribution and the purchase of real estate.

Kiran did not want to invest in Caribbean hotels as a means to citizenship by investment, so he preferred the option with a subsidy to the state fund of the Caribbean country.

Immigrant Invest lawyers have calculated the investor's expenses for participation in Caribbean programs under the contribution option. Calculations showed that donating to the University of the West Indies Fund of Antigua and Barbuda is the cheapest option for Kiran's family.

Expenses for a family of seven on contribution

Bonus for the education of children. If an investor makes a contribution to the University of the West Indies Fund, he receives a year of free tuition at the university. The scholarship is awarded to one relative or the investor himself. But there are nuances:

Education at the University of the West Indies is conducted according to the British system adopted in the Commonwealth of Nations. The university offers students more than 800 educational courses in nine different areas.

The university diploma is recognized in all countries of the Commonwealth, including the UK. Bachelor graduates can continue their studies for a master's degree at US universities. There is also an exchange program for students between 160 universities around the world.

Kiran's daughter will graduate from school in 2024. If the family participates in the Antigua and Barbuda Citizenship program, the girl will be able to receive a scholarship to study at a Caribbean university.

Risk of rejection: what the preliminary Due Diligence showed

Immigrant Invest is the only company in the industry with its own compliance department. Before concluding an agreement with a client, a certified specialist from Immigrant Invest conducts a preliminary due diligence of the investor.

Pre-screening helps to identify potential risks in advance and find solutions before applying for the program.

During the preliminary check, Kiran told lawyers that in 2013 he was charged in an economic dispute. The prosecutor conspired with Kiran's rival. The investor was acquitted: the court closed the case due to lack of information and evidence.

A police clearance certificate is included in the list of documents applying for participation in the citizenship program. Kiran had no criminal record, but the fact of the trial is indicated in the certificate.

The mention of charges and litigation is a sufficient reason for the investor to be denied citizenship. If the investor is refused, he will not be able to participate in citizenship or residence programs of other countries.

Solution of the problem from the Immigrant Invest lawyers

Lawyers in international and economic law studied Kiran's situation. In the case of an investor, it is necessary to prepare an affidavit — a legal opinion explaining the situation. Evidence of innocence is attached to it.

Kiran agreed with the decision of the lawyers. He entered into an agreement with Immigrant Invest to participate in the Antigua Citizenship Program.

What the lawyers stated in the affidavit. Immigrant Invest lawyers contacted the lawyer who was handling the investor's case in court and he provided:

In the affidavit, the lawyers detailed the circumstances of the case. The legal statement emphasizes that the charges turned out to be false and the plaintiff was then prosecuted for forgery and bribery of witnesses.

Caribbean countries value their reputation and rigorously check investors for their trustworthiness. The absence of a criminal record and criminal prosecution is one of the main applicant requirements.

If a CIP Unit has doubts about the investor’s reliability, they can ask him for clarification. However, the risk of rejection remains high.

We work out all the risks that may affect the decision of the CIP Unit in advance. Affidavit is one of the tools to provide comprehensive information about the client and reduce the risk of rejection to a minimum. 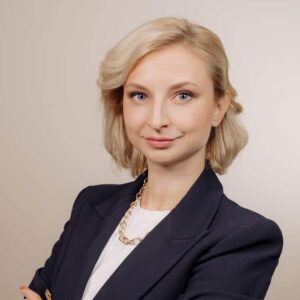 Approval of the application without additional requests

Preparation of documents and submission of the application. Lawyers prepared documents for filing an application with the Antigua and Barbuda CIP Unit in two weeks. In addition to the affidavit, the Antigua passport application form was accompanied by:

The government of Antigua and Barbuda has simplified the application process during a pandemic. Investor applications were received online through a secure internet portal. The CIP Unit began to consider documents as soon as it received the scans in electronic form.

The lawyers completed the Antigua and Barbuda passport form and uploaded copies of the investor's documents to the program department's portal. Before submitting the application, Kiran paid the fees and Due Diligence. The receipts were also attached to the application.

Due Diligence. The Antigua and Barbuda CIP Unit verified the investor in two months. The investor’s candidacy was approved without additional requests; there was enough information on the affidavit for the department to make a decision in favor of Kiran.

The standard time for the Due Diligence in the Antigua and Barbuda CIP Unit is three to nine months. Kiran’s application was approved in just two months. Thanks to a well-written affidavit, the department had no doubts that an investor could legally apply for citizenship.

Fulfillment of investment condition. Kiran transferred the contribution to the University of the West Indies Fund immediately after the department approved the application. He executed the bank transfer according to the details from the department.

Oath. The investor personally takes the oath before receiving a passport and naturalization certificate. Previously, the procedure took place only in Antigua and Barbuda. Since February 2021, taking the oath has been allowed in the official representations of Antigua and Barbuda in other countries.

On April 27th, 2021, Kiran and his family took the oath of office at the Honorary Consulate of Antigua and Barbuda in Colombo. The immigrant Invest lawyers helped them to arrange a meeting at the consulate.

1
25th of January, 2021
Kiran signed an agreement with Immigrant Invest
2
+ 2 weeks
Immigrant Invest lawyers submitted documents to the Antigua and Barbuda CIP Unit
3
+ 2 months
Kiran received the approval of the CIP Unit and transferred the contribution
4
+ 2 weeks
The CIP Unit confirmed the enrollment of the contribution
5
+ 1 week
Kiran took the oath at Consulate of Antigua and Barbuda in Colombo
6
18th of May, 2021
Kiran and his family received certificates of naturalization and second passports

Family plans for the future with an Antigua and Barbuda passport

Investors must spend at least five days in Antigua and Barbuda the first five years after receiving a passport for investment. This is one of the conditions of the program.

Kiran's family plans to relax in the country of second citizenship in September 2021. During the trip, they will visit the University of the West Indies. Kiran and his daughter want to personally find out the conditions for admission and receiving a scholarship.

In June 2021, the couple will travel to the UK. They want to find private schools with a technical bias for their sons. As Caribbean citizens, the children will be able to enroll in UK universities in the future on preferential terms.

Kiran planned several meetings with European partners as soon as he received his Caribbean passport. He bought his parents a ticket to a medical resort in Switzerland, where they will go in August 2021.